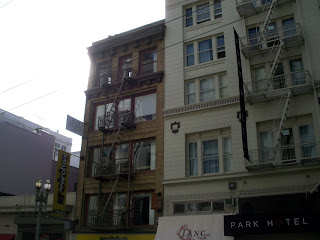 I went to California to attend a demonstration at Le Sanctuare. The demo was from Herve This, the leading authority on molecular gastronomy. I was hoping to pick up some new techniques but instead I have a whole new direction in my experiments. I first learned that I am not doing molecular gastronomy. I practice molecular cooking and there is a huge difference between them. The difference is that Herve is analysing food on a scientific level with very controlled time consuming experiments. I am taking the knowledge that he has developed and I am using it to cook. I also am using some molecular technologies like a thermal circulator to achieve different textures in food 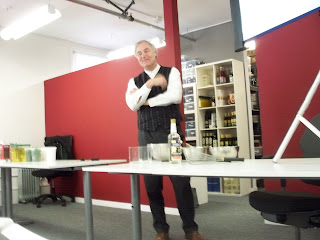 Herve also talked about using a simplified process to write recipes and come up with new dishes. It made me think of food in a whole new way. He talked about and egg that could be classified in the way you would cook it. For example a whole egg is 1, a whole egg out of its shell is 2, The egg yolk is3 and so on. Next is the method in which you cook it like liquid nitrogen would be LN or water would be W and so on. I have a system now where I can organize my experiments and think of new combinations 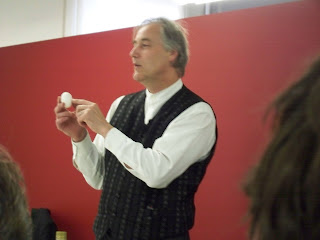 The biggest lesson I took away is not to be so frustrated. Take a step back and simplify the question. I was trying to make brown butter foam. I was using methocel and xantham and whatever else I could think of. It turns out that is the ratio of fat to water and how you cool the product that will give me the desired texture. No additives, just a better understanding of why food does what it does. Thank you Herve, it is time to start all over again!!!
Posted by chefian at 10:36 AM

Email ThisBlogThis!Share to TwitterShare to FacebookShare to Pinterest
Labels: education

hi... i love your blog, but please don't call it "san fran" it's already a gay name, please don't make it any gayer... hehehe. we call our city as 415, frisco, sf, or THE CITY. i work a few blocks from le sanctuaire, i love and hate it. i always ended up spending at least a couple pf hundred dollars every two weeks and every time i go there, i feel like i'm gonna see harry potter on the 5th floor. more power to you!